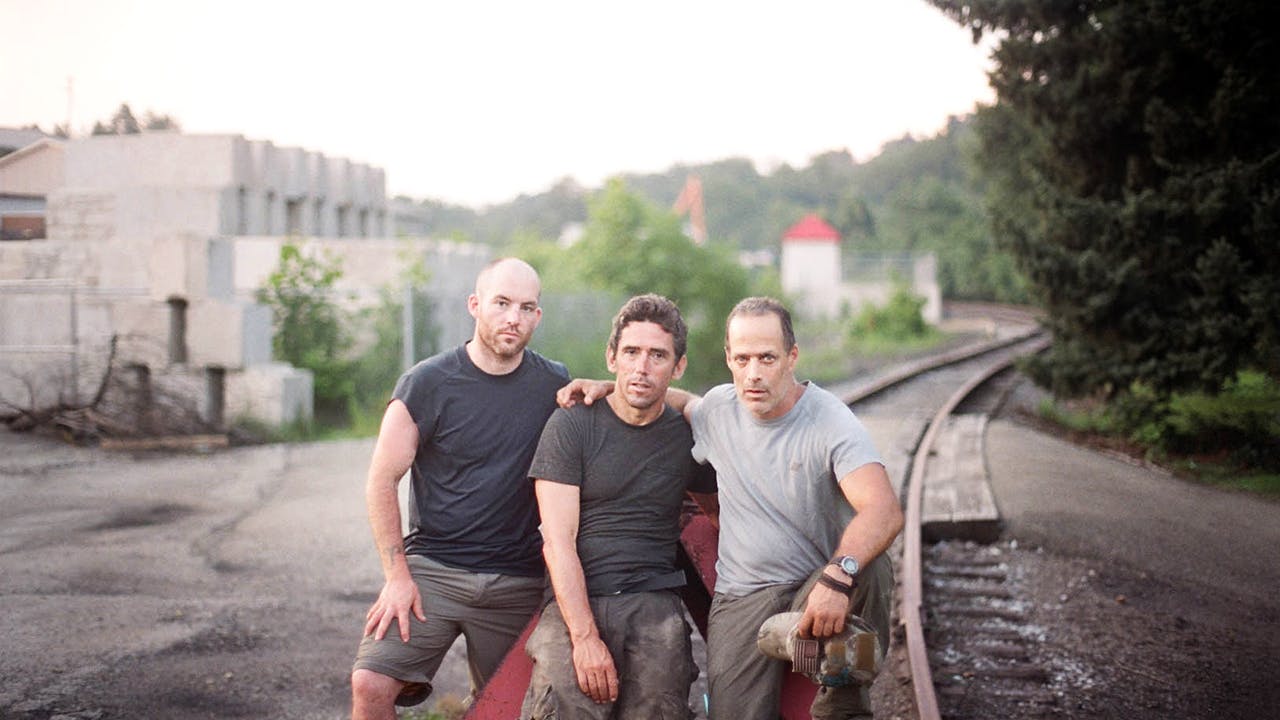 Going to war is confusing, but it’s nothing compared to trying to come home again. In an effort to figure out why war is so hard to give up, two combat vets and two longtime war reporters set out on a journey, on foot, through a country they no longer felt part of. Over the course of one year, on multiple trips, these four men walked the Amtrak railroad lines from Washington DC to Philadelphia, and then west to Pittsburgh. They chose to follow railroad lines because rail lines go straight through everything – ghettos and suburbs and farms and woods – and provide a view of America from the inside out. The trip was a kind of high-speed vagrancy that had them sleeping under bridges or in abandoned buildings, camping in the woods, bathing in rivers, buying supplies in the towns and dodging the police. (At one point the police had a helicopter in the air looking for them, but they were never caught.) They carried everything they needed in 60-pound packs and never paid for lodging and only got shot at once, in rural Pennsylvania. Along the way they asked people what they thought of America, and the trip became - among other things - a yearlong assessment about how this country is doing.

By the time they reached Pittsburgh, these four men had managed to re-create the incredible closeness and inter-reliance of soldiers in combat. In the upcoming national conversation about how to bring our combat vets home, The Last Patrol may well serve as a creative – and subtly subversive - solution to a very ancient problem. There are three million vets trying to figure this problem out, and another twenty million people closely associated with them. The Last Patrol is the only film on this topic that actually makes people laugh.